Cataloguing the world's pop culture since 2010.
Global Pop Catalog
Love is Innocent
by Jason Li, May 30, 2010. 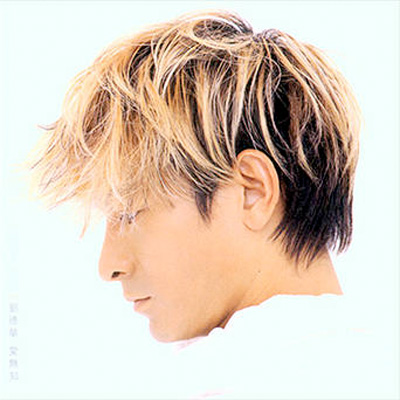 I vividly recall one of Andy Lau’s compilation CDs had an ad that hailed him as “the most popular man in Asia.” This was, and is, probably factually correct. I myself have been listening to him since I was about ten, mostly from the stereo in my brother’s room, him being a huge and devout fan of ten plus years. Which is part of the wonder of Andy Lau: He’s been constantly slugging away, in concerts and in films, for the past twenty odd years. Along the way, he’s gotten himself listed in the Guinness Book of Records for “Most Awards Won By a Canto-pop Male Artist” for his 290+ awards received. His continual success is both a testament to his flexibility (for example, for this CD my brother helped me select, he’s trying out a new bleached blond hair look). But it also proves the resilience of the genre for any radical change.

Most foreigners in Hong Kong will roll their eyes if you ever mention the words “Canto pop,” because to them, it’s everywhere and it all sounds the same. The former is true, while the latter is debatable. It is indeed a dominant music genre that for the most part is all sappy love songs, but they do vary within the vocals. In fact, Canto pop fans have various heated debates over whose voice sounds thicker or whose voice can hit the high notes well. So given that most foreigners in Hong Kong have no Cantonese knowledge, it obviously sounds like the same stuff.

Of course, there are also a bunch of singers who are all looks and no singing. Chinese people sometimes divide singers into the “idol” camp and the “real power” camp, the former for those who can’t sing but are easy on the eyes, the latter for those who can but are sometimes not pretty little things.

When I decided to use Andy Lau as my symbol for male Cantopop singer, I consulted my brother, a devout Andy Lau fan, which album should I use. He suggested Love is Innocent (愛無知, 1999), because it was Andy Lau’s “comeback” in 1999. It also spawned what my brother calls the Mong Kok gold hair phenomenon — if you visited the trendy district of Mong Kok at that time, you would have spotted many young Chinese men with bleached blond hair.