Cataloguing the world's pop culture since 2010.
Global Pop Catalog
Nausicaä of the Valley of the Wind
by Jason Li, May 31, 2010. 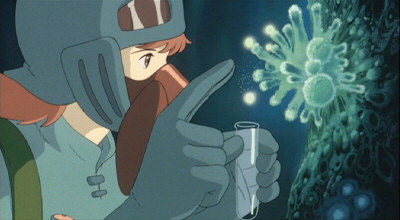 Studio Ghibli makes my favorite animated films; Nausicaä of the Valley of the Wind (風の谷のナウシカ, 1984) was the one that started it all. Over the years, Studio Ghibli’s created a range of films, including the beloved My Neighbor Totoro or the Oscar-winning Spirited Away, and while all are good, only every three or four are amazing. This is one of the amazing ones, an epic created in 1984 about a young woman on a quest to investigate a mysterious poison that plagues the earth. The setting is post-apocalyptic, the story an adventure and the visuals stunning.

The studio’s films are extremely popular in East Asia, and have become more popular with Japanese anime/manga fans from all over the world. Unfortunately, their films have barely scratched the surface of many Western markets, particularly the US. While Spirited Away did win an Oscar, it’s still written off by many as a Japanese curiosity and other Ghibli films have suffered from similarly poor publicity. (Nausicaä of the Valley of the Wind was released in the 80s in the US with 30 minutes of the movie cut!) Though perhaps it’s that the US market prefers the sarcastic wit of Pixar and Dreamworks, over the naive childlike worlds of Studio Ghibli.

Additionally, Nausicaä of the Valley of the Wind is a  labor of love of Hayao Miyazaki, Studio Ghibli’s most famous director. Not only does it include the environmental subtext that he would later revisit in Princess Mononoke, but the movie is based on a comic that he continued to write ten years after the movie’s release. 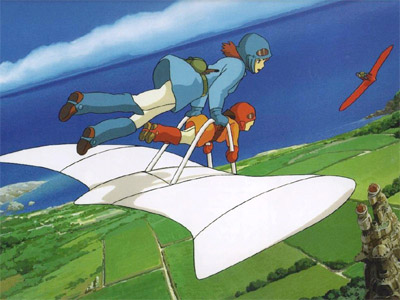