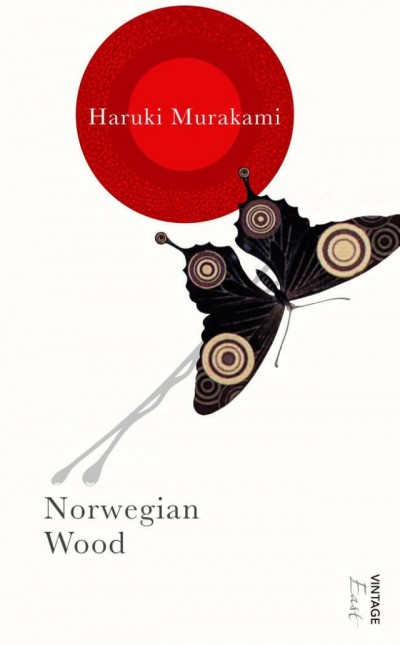 I first heard about Haruki Murakami from one my Asian writer friends, who mentioned the author in hushed tones of love. Since then I’ve met both bankers in New York and civil servants in Spain who treasure Haruki Murakami as one of their secret finds. I have also, at this point, read five novels by Murakami, all of which have been immersive and engaging. His writing style is very distinct and always manages to transport me into a somewhat still, somewhat surreal universe with tense but silent characters.

Norwegian Wood (ノルウェイの森, 1987) is touted as his most accessible work and of all the ones I’ve read, it’s been the one with the most consistently-good quality. (The Wind Up Bird Chronicle by contrast, is more experimental and long, with the quality waxing and waning throughout.) The story is about a young man’s first loves along with the emotional highs and lows that accompany them and is set in a slightly surreal Japan of the 1960s.

Murakami’s voice is definitely something to be experienced, and if you could read one of his works, I would recommend Norwegian Wood. Of course, I would also recommend reading his other works for sure.