Cataloguing the world's pop culture since 2010.
Global Pop Catalog
Waltz with Bashir
by Jason Li, May 6, 2010. 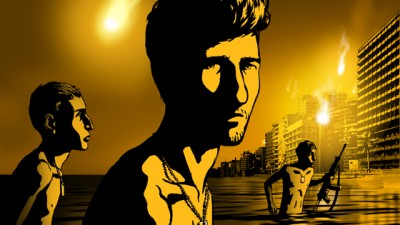 In my mind, Waltz with Bashir (ואלס עם באשיר‎, 2008) sets the bar for animated documentaries. It’s visually stunning to say the least. The story is about director-writer Ari Folman’s quest to recover his lost memories of the 1983 Lebanon War. It weaves in and out of present-day interviews and recollections of past events, and does so seamlessly. Normally, with a filmed documentary, recreated scenes are either reenactments or narrated slideshows. But as Waltz with Bashir is animated, they both look the same and we really are brought much deeper into Folman’s head.

The unabashed subjectivity is the film’s strength: It is primarily about Ari Folman’s quest, and then about the history. They are intertwined of course, but there’s a bias towards showing a human account rather than a factual one. For example, some of the memories are recreated artistically rather than literally, and make for some of the most powerful scenes in the movie. So there is no doubt that Waltz with Bashir is no part of the man-with-a-camera documentary tradition.

During his journey of remembrance, Folman begins to cast doubt on Israel’s actions during the war. As it follows a  sensitive and controversial subject, the film caused storms in both the Israeli and Arab worlds. But if it didn’t, it probably would not have done its job of digging at the truth. 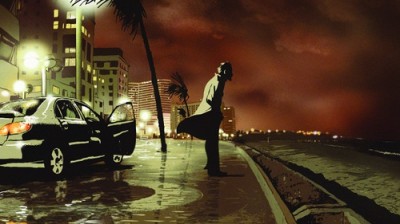