Cataloguing the world's pop culture since 2010.
Global Pop Catalog
Poetics Something Between Montparnasse and Mongkok
by Jason Li, June 5, 2010. 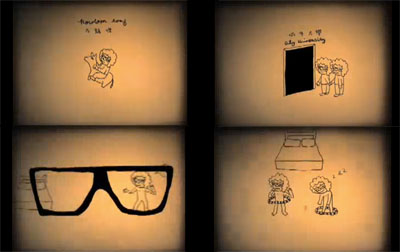 My Little Airport first popped on my radar a couple years ago when I bought a compilation of local indie bands in 2004. Since then they’ve continued to progress, releasing their fourth album this past year, raising heads with their controversial lyrics and amassing over 10,000 fans on facebook (not a huge number but we’re talking about the HK indie scene here!).

Their style of music also runs counter to the popular glossy, emotionally charged Cantopop (Cantonese + pop) that dominates the market in Hong Kong. My Little Airport uses sparse instrumentation and dulcet flat singing to create a candy-colored sound. But there’s a catch: Their lyrics are often sarcastic if not ironic. For example, in the May of 2009, they released a song called “Donald Tsang, please die!” — Donald Tsang is the current chief head of government in Hong Kong. (At that time he was suffering from a dip in his ratings, and since he is appointed rather than elected, his mistakes often strike a nerve with the people.)

Their latest CD which includes this song and 15 others is called Poetics Something Between Montparnasse and Mongkok (介乎法國與旺角的詩意, 2009). 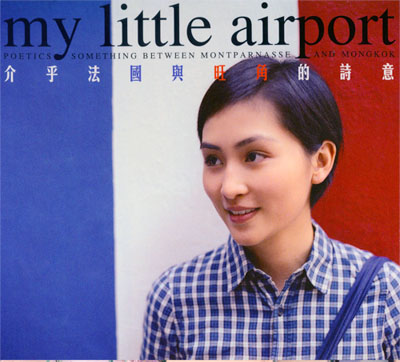 Bonus: Here’s the self-portrait of the band from their site: 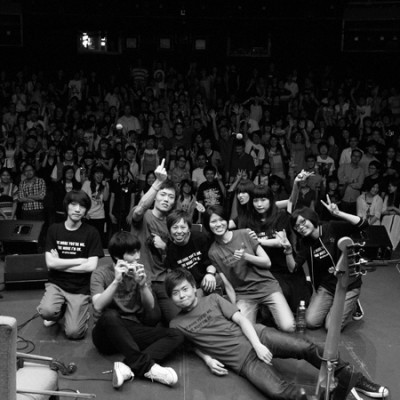