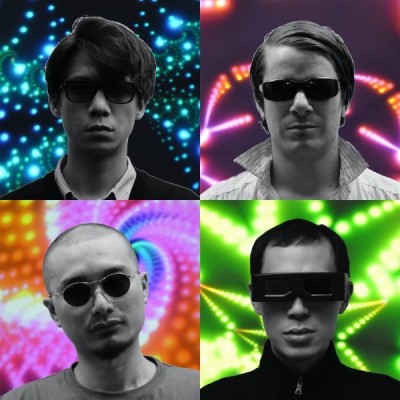 Cantopop may have been revolutionary back in the days of Sam Hui, the godfather of the Hong Kong sound, but today a younger generation of new irascibles is looking to make a change in the musical landscape of the island metropolis. A Roller Control, which counts among its members DJ and label boss Alok Leung as well as leading local contemporary artist Nadim Abbas, is well-poised to make it happen. With a sound somewhere between disco punk, modulated noise, and knob-fiddling sound art, ARC–as they are known in the hipster colloquialism–has been taking a certain segment of Hong Kong’s population by storm, opening for acts like Peaches and headlining after parties for major events like the Hong Kong art fair and the benefit for local arts magazine C for Culture.

Although A Roller Control has yet to release a proper album, you’re likely to hear them at any given major gig in Hong Kong. And while we’re waiting for the group to hit the studio and give us something solid to hold on to, we’ll have plenty of time to enjoy their solo contributions. Alok Leung has recently been concentrating on a series of sound art performances, including a high profile piece that explored connections between music and architecture, while Nadim Abbas has been showing visual art related to psychogeography and scale around town. Then there is Steve Hui, the man behind the moniker Nerve, whose new media art and music pieces are also widely exhibited around China. Throw in Sebastian Seidel and it’s clear that this group is brainier than most pretenders at the pop throne–ARC is going places. 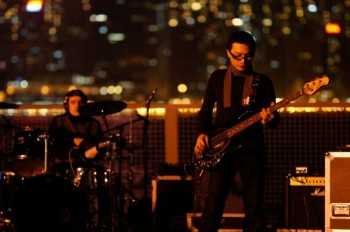 On stage the quartet line up like so many technicians, each one absorbed in the boxes and machines arrayed in front of them. After long blasts of bass and instrumentation, lead culture vulture heartthrob Nadim is prone to augment the bobbing heads with a lithe intonation of what we’re certain must be a literary reference of some sort; then the fun begins.

Catch them next at the Venetian in Macau on 31 July.