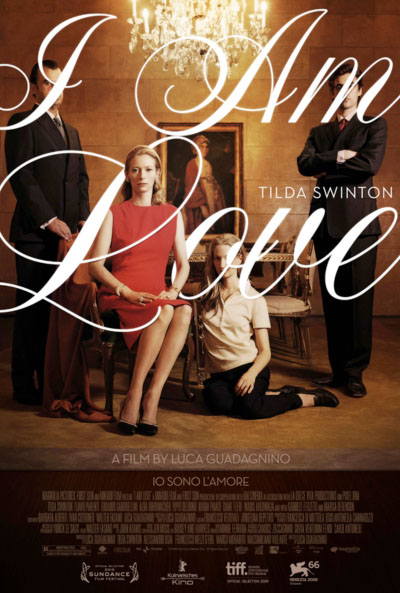 Emma Recchi, as played by the divine Ms. Swinton in I Am Love, is a sleek Russian wife to the heir of a Milanese fortune. Unfulfilled in her marriage and lonely now that her three impossibly beautiful children have grown up, she falls for her son’s friend, a chef who prepares her a plate of perfectly-seasoned prawns. Chaos ensues.

This Italian movie comes at a time that, I hope, marks a creative resurgence in the American filmmaking industry. The fashion for sequels is spiraling out of control (think Shrek, Shrek 2, Shrek the Third, Shrek Forever After). Studios have been looking for ways to link their new releases to existing brands for far too long.

But now, they’re beginning to realize that audiences feel marketed to, and not catered to. Movie theater attendance is down 13.3 percent from last season. Box office revenue for the summer has dipped $106 million below this time last year. 59 percent of Americans view the Shrek character favorably, a full 5 percent less than the 64 percent who adore advertising’s green M&M. Movie franchises are fading, and it’s time for some fresh ideas. The big names – Warner Bros., Paramount/DreamWorks, Universal – have issued calls for original material, which is great news for the creative community.

They can look to I Am Love for an example of everything Hollywood is not, but should aspire to be. Its lush visual style pleases the senses; its allusions to Hitchcock, Visconti, and Sirk tickle the intellect. It took a 16-year working relationship between Tilda Swinton and Luca Guadagnino to craft. It’s a unique cultural artifact, not a mass-produced one. See it, as David Fear says, by any means possible. 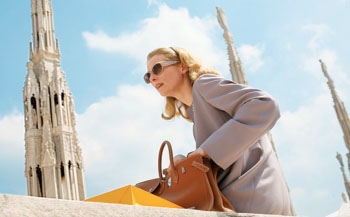