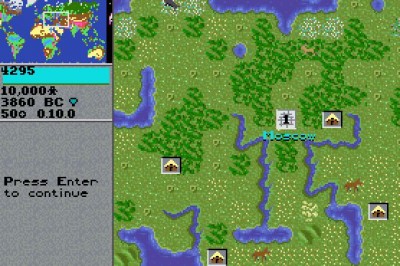 Have you ever wanted to know what it feels like to run your own empire? That’s the task you are given in Civilization (1991), a computer game where you are in charge of founding a kingdom, and then guiding-governing-commanding it. The period of play spans from the medieval era through the modern era, and ends when you’ve either achieved global domination or when your empire is ready to launch into space. What really sets Civilization apart is its complexity — it’s neither just a war game where you throw some troops around, nor a SimCity game where you build factories and skyscrapers.

In Civilization you govern by balancing warfare and diplomacy, culture and technology to try to come out on top. For example, at the beginning of the game, every country’s pretty undeveloped and you’re basically just invading new lands, making sure there’s enough food and building city walls to keep others out. But as the game progresses, you get the choice to build one of the wonders of the world, erect scientific laboratories to aid development and choose a system of governance for your people. The game is played in turns, so you have plenty of time to think and re-think to try to outwit your opponents.

Civilization was both critically acclaimed and popular, and lives on through its sequels and spinoffs. Sid Meier, who is credited as the chief brain behind Civilization continues to work on the series today, with the impending release of Civilization V coming this September. He is also partially responsible for Colonization and Alpha Centuri, where you do the same thing as Civilzation but in the New World colonies and in space respectively. Despite the danger of replication, these titles continue to be well-received by hardcore gamers.

The game is commonly cited as one of the most influential games of all time. 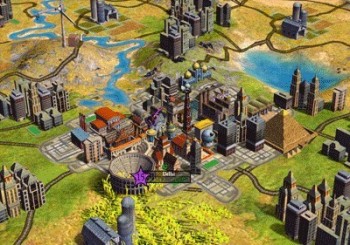 Below: A bonus for those of us who were around for the first game: The original box art, which hasn’t aged so badly 🙂 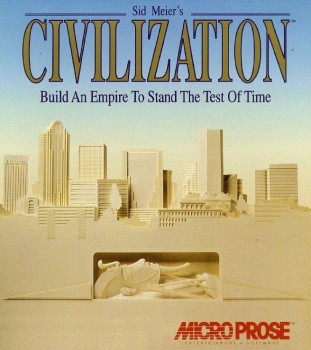