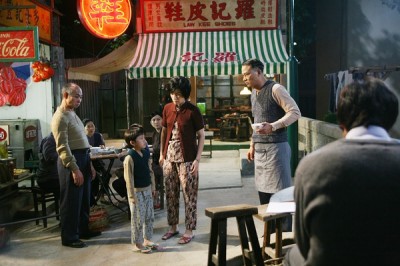 “This is a movie that even makes men cry.” That was the claim laid by out newspaper and radio reports. Movie-goers were advised to bring a spare pack of tissues to mop up their tears.

Echoes of the Rainbow (歲月神偷, 2010) is a romantic film about the hardships of a stereotypical family in the 1960s. The story is inspired by the director-screenwriter’s own experience as a child. Through its 117 minutes, the plot takes us into the lives of each family member: An impish eight year, a high school champion, a hard-working shoemaker and a do-it-all mother.

Aside from making men cry at the theater, the film also topped local charts, won four prizes at the Hong Kong Film Awards, and pushed the government to mark the film’s set as a historic preservation zone. The success is because they deftly tap into the growing wave of nostalgia today in Hong Kong for earlier, simpler times. 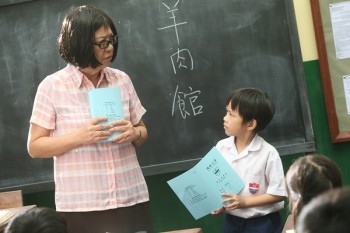 Director Alex Law and producer Mabel Cheung artfully weave images of 1960s Hong Kong together to create a fairy tale atmosphere. The film’s most ardent fans are probably those who grew up in that era. Ironically though, it’s this generation who both notice the film’s historical inaccuracies (somebody explain to me why they went to Beijing) and choose to ignore them for nostalgia’s sake. Despite its dodgy history though, Echoes of the Rainbow is a must-watch for those of us interested in an old Hong Kong.

By the way, I did not cry during this film.