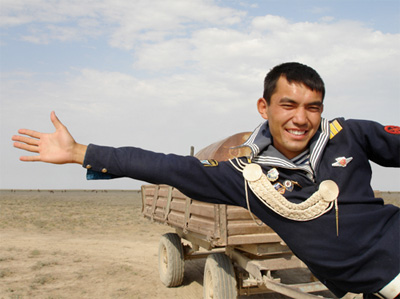 Tulpan (2008) does that sexiest of things: it renews your sense of wonder.

It’s one of the gems in a micro-genre of films that Andrew O’Hehir over at Salon calls “Yurt Cinema.” Winner of Un Certain Regard honors at Cannes 2008, it’s about sheep herders living on the Kazakh steppe. That’s it. Nothing terribly exciting. But this barren, windswept, unforgiving landscape becomes the backdrop to a delicate absurdist comedy.

Asa, recently discharged from the Russian navy, returns to his home in the largest landlocked country in the world, dreaming of owning his own flock of sheep and a Western-style ranch. But for that he needs a wife, and he attempts to charm his bride-to-be, Tulpan (whom he never actually sees) with stories of the sea. She, catching a glimpse of him through a slit in a curtain, concludes she will have none of him: his ears are too big.

Tulpan’s simple plotline, however, is not the point. Sergei Dvortsevoy, an ethnographic documentarian by training, camped out with his cast and crew 300 miles outside Kazakhstan’s capital for this film, where they often waited months for the right weather conditions to shoot a scene. Dvortsevoy pulls lush and lyrical cinematography from his film’s inhospitable location. In one of the film’s most memorable shots, his camera swirls over the dusty plain and then looks upwards, like a person tilting their head back to look at the sky. Tulpan’s wonder is reigniting your appreciation for things that are both very simple and very exotic, like an unbroken view of sky over the Central Asian outback. 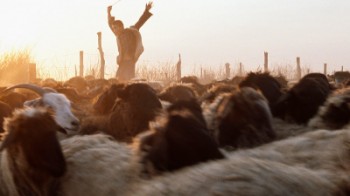