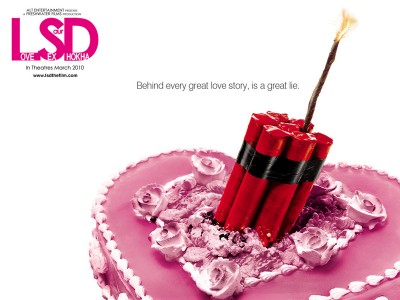 Any Hindi movie that has the word sex in it is guaranteed to be a major departure from typical Bollywood fare so I trundled over to see this as part of the London Indian Film Festival (it’s also available on DVD). Sadly, the departure hasn’t gone far enough. Love, Sex, aur Dhoka (which means Love, Sex, and Betrayal) is in theory an interesting concept: the lives of three pairs of people connected by a camera. The first is a pair of young lovers who meet while filming a final project for film school; the second a love affair involving two people and a surveillance tape at an all-night convenience store; and the third the story of a tabloid journalist and a hidden camera-wielding vixen.

The film itself also has an interesting history. It was made for $200-$300,000 (Rs 1-1.5 crore) and grossed close to five times that on its opening weekend. Unfortunately, none of the stories is compelling enough to stand on its own, making it hard to engage with the characters. The film as a whole is fairly disjointed, which is to be expected given its mockumentary style, but luckily not long enough to be tedious. As someone who watches one Bollywood film a year, Love, Sex, aur Dhoka occupied an uneasy middle ground between true Indian independent cinema and the more mass market fare. But, for someone who actually enjoys Bollywood (i.e., the friend I went with and many others who’ve seen the film), it’s an interesting attempt to be arty and ironic. 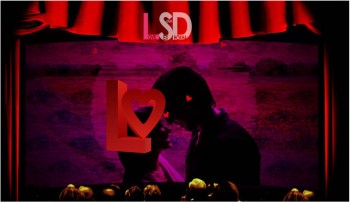