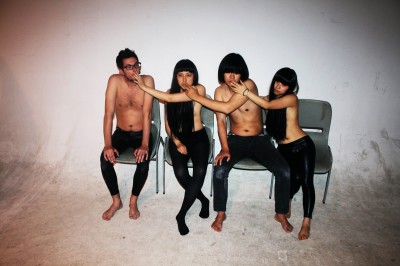 Their sound, driven by core members Helen Feng and Huzi, is a refined mix of synths, live instrumentation, and moody vocals mostly sung in English. Feng is a classically trained singer and frontwoman for popular rock group Free the Birds (formerly known as Ziyo).  While Huzi, who turned to electronic music after a stint in alt-folk band X-Doctor, has been a member of China’s indie music scene since the 90s. Aside from the two, Mary, Edo, and Yunyun round out the lineup. Their four song The China Ep (2009) is packed funk, punk, longing vocals, catchy hooks and synth beats. 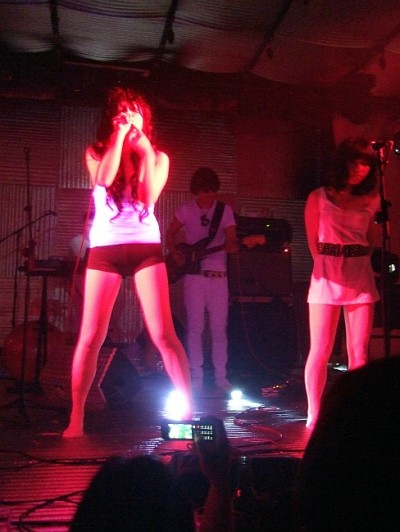 There’s no telling what form a Pet Conspiracy show will take. Recent shows have included nurses with giant syringes and guns, horse heads (possibly the furry death part), same sex smooching, Swiss balls, and a good deal of audience nudity. Actually, you can pretty much count on audience members taking to the stage and then taking off their clothes.

With tours to Europe, gigs at the major Chinese music festivals, and, hopefully, a forthcoming LP, the idea that Pet Conspiracy is reinvigorating China’s indie scene is no longer a theory, it’s a fact.

Though the sound is nearly nonexistent, this video gives a much better idea of what their live shows are like

You can listen to Pet Conspiracy on their Myspace page