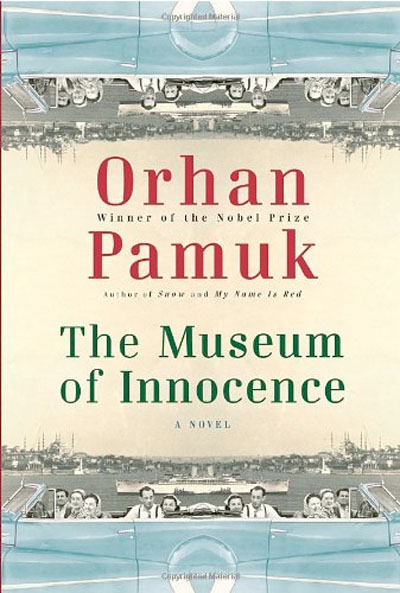 What if you can enter a book?

Imagine reading a book, in which the second half takes place in just one house. The story progresses within the same house, with the same people, again and again. When you finish the book, you know all the details of that house: Where they sleep, where the towel in the bathroom is, where they eat, who sits where on which table, where the TV is, what the carpets are… Everthing is perfectly described by Orhan Pamuk in his novel, The Museum of Innocence (Masumiyet Müzesi, 2008). You may have heard of him from the Nobel Prize in Literature he received in 2006.

Personally, Orhan Pamuk’s books are not the easiest to read. You need patience and perseverance to discover his inspired worlds. And you need to avoid the knee-jerk reactions from the press and really engage with his works to form your own opinion. (Pamuk’s come under fire locally for the contents of his books, especially when it comes to Ermenian issues.)

The Museum of Innocence was published in 2008, so it is the author’s latest work. But what is interesting for me is that Orhan Pamuk is trying to establish an actual museum based on the novel, in Cukurcuma – Istanbul: A museum version of the house that you live inside while you are reading his book. Its scheduled to open in 2010 (though it was not open yet at the time of writing).

So if you are planning to visit Istanbul, it could be interesting to read the novel beforehand and visit the museum once you are here — each copy of Museum of Innocence includes a free ticket of entry 🙂