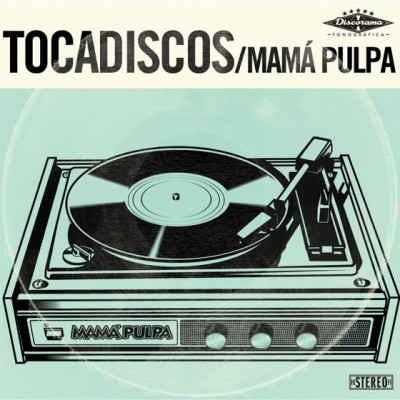 A few days ago, at a party at Watagushu Studios, I was introduced to the new album by the group Mamá Pulpa (Marco García, Alfredo Fernández, Juan Aguirre, Esteban Martínez Negrete) called Tocadiscos (the Spanish for “record player”). It seemed like a project with an interesting story to tell about technology, the history of objects and the supposed progress implicit in the change from analogue to digital formats. To create Tocadiscos and to achieve the album’s sound, the group used a lot of objects that were older than its members. 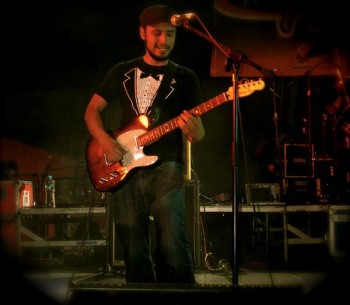 As part of a genuinely retro experiment, Tocadiscos is, as the name suggests, a vinyl record, just like the ones that were used years ago. The album’s conceit is to play music inspired by records published more than thirty years ago (blues, rock, punk, reggae, ska, jazz, funk, Cumbia, Afrobeat) and, what is more, to faithfully reproduce the qualities of the sound from that time. To achieve this, the group had to record using instruments from the period, such as a Ludwig drum set, vintage recording equipment with Telefunken preamps, RCA microphones and an Echoplex Tape Delay from the sixties. The vinyl that Tocadiscos was recorded on is reused (made from re-pressed old LPs) and has therefore been making music for decades. The album cover, designed by César Evangelista (AKA Mr. Kone), provides the finishing touches for the Tocadiscos proposal by taking us back to a time when printing methods used few inks and graphic resources were employed sparingly.

For more information on Mamá Pulpa, you can visit: http://www.myspace.com/lamamapulpa

This article is a cross-posting with A-seis, a forum dedicated to reflecting and writing about design, mainly within a Mexican context but also in relation to the international scene.