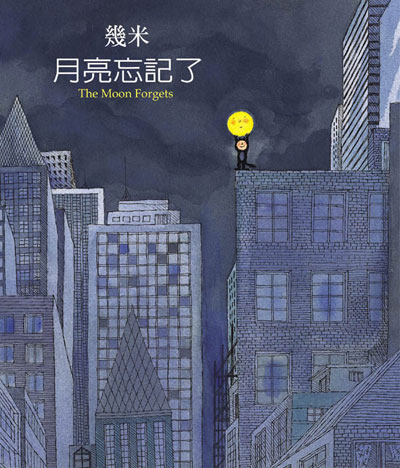 Jimmy Liao makes some great adult picture books. He combines serious writing with playful illustrations in a way that’s reminiscent of Maurice Sendak’s works (you know, the Where the Wild Things Are guy). They differ in that Liao’s writing style is more serious, and embodies a restrained emotion that speaks very well to East Asian audiences. Like Sendak though, Liao’s books can be enjoyed by children and adults alike.

Producing at least two to three books a year since 1998, Liao is extremely popular at home in Taiwan and increasingly so abroad. He’s hit the mainstream in Hong Kong and China, and his work is slowly being translated and published in Spain, the US, Greece and Thailand. His choice of subject matter varies from book to book, ranging from children’s adventure to abstract parable.

When the Moon Forgot (月亮忘記了, 1999) falls within the former category. It follows a young boy’s life in a universe where the moon suddenly goes missing. Present are Liao’s signature writing and drawing style. Though his newer works may have more colorful drawings, When the Moon Forgot stills holds first place for the amount of merch it’s inspired. On top of postcards and plastic figures, you can also get Moon slippers and flight neck pillows. It helps that the book is also a delightful children’s tale. 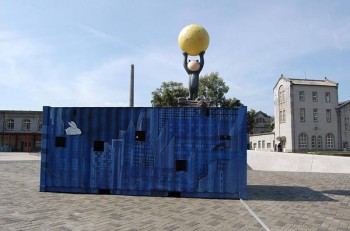