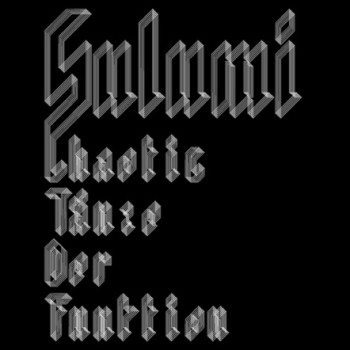 Most of us don’t associate Game Boys with art. Aside from the profane phrases created when you sent Mario plunging to his death, creatively rarely factored into the experience. Chinese electronic musician Sun Dawei is changing that. For years, as Sulumi, he’s been wringing driving techno soundscapes and banging live performances out of the beloved personal gaming device. His new album Chaotic Tänze Der Funktion takes pulsing chiptune electronica to the next level.

Oddly, Sun isn’t much of a gamer — his interest in the Game Boy stems from a love of electronic music; an uninitiated listener would have no idea they had a 20-year-old gaming device to thank for their soundtrack. Despite the potential for thumb-twiddling, Sulumi’s performances are live electro jams — performed with Game Boy, Ableton, and a keyboard — that drive audiences, and Sulumi himself, into a frenzy. He’s been known to smash Game Boys at the end of sets; something many frustrated Tetris addicts have dreamed of doing. 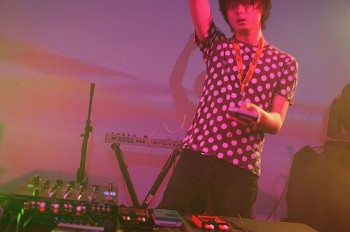 Though Sulumi says he may be mellowing, he exhibits no signs of slowing down on his latest release, Chaotic Tänze Der Funktion (2010). While some of the album’s six songs are peppered with melancholic breakdowns, the majority of the album is pedal to the metal electro. The quirkiness of the sounds used, and Sulumi’s ability to use the repetitive video game arpeggios in a melodic manner, raise the album above much of the electro being produced at the moment. Songs like “Wadded” bring to mind the then-futuristic car racing computer games of the mid to late 90s. Sulumi’s music is oddly ebullient; Sun has clearly found freedom in the constraints he’s placed upon himself as a musician and the feeling translates to the listener in a surprisingly fun and funky way.

Note: Chiptune artist Dubmood’s remix of “Machine It” improves upon the original by adding swaths of synth strings and a tighter structure. Click Sample 3 below to listen.