Cataloguing the world's pop culture since 2010.
Global Pop Catalog
María and Me
by Jason Li, September 8, 2010. 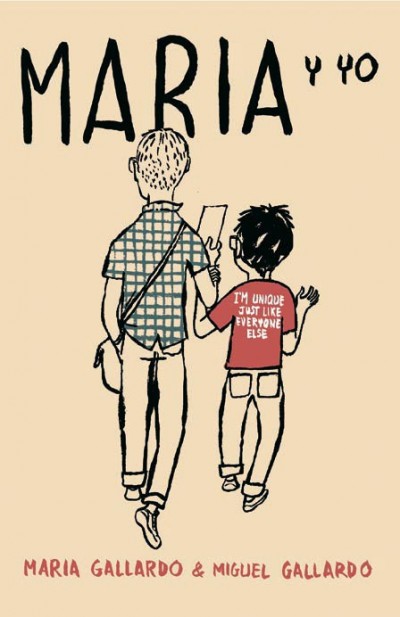 María and Me (María y Yo, 2007) is a graphic novel by Miguel Gallardo, an award-winning illustrator from Barcelona. In it he recounts his recent journey to the Canary Islands with his his niece María, who happens to be autistic. During the course of the trip, he points out various amusing details about how María sees things and about how people see María. For example, he pokes fun of the foreigners vacationing there, who tan themselves until they become “lobsters”, and says they’re much less “normal” than his niece. Through simple and humorous line drawings, the storytelling is simple and straightforward and makes for  lighthearted read.

The graphic novel is in its third edition in Spain, first edition in Germany, and has prompted a just-released documentary based on the book (see still below). Additionally, María and Me was nominated for best work and best script at the Salon Internacional del Comic de Barcelona 2008 (the international exhibition of comics in Barcelona).

Anyone want to release an edition in English? 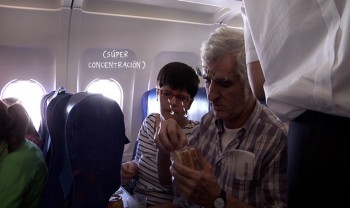