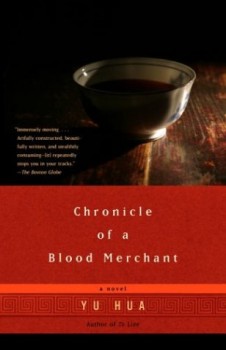 While some might equate writing with pulling teeth, Yu Hua (余华), who started his professional life as a dentist at the age of 18, finds it fun. Despite the grim subject matter of his books, he revels in the absurdity of life in modern China.

Born in 1960, Yu grew up stealing afternoon naps in the local mortuary — since they delivered the bodies at night it made an ideal place to escape the summer heat. The idea of what is considered rational in ridiculous times is one that surfaces repeatedly in Yu’s second book, Chronicle of a Blood Merchant (许三观卖血记, 1995).

Published in 1995, it chronicles the life of a family from 1950 through 1980; the Great Leap Forward to Reform and Opening. Though Blood Merchant’s central character is Xu Sanguan, the main focus of the book is the web of relationships binding together Xu, his family, his neighbors, and the ever-changing politics of these times. 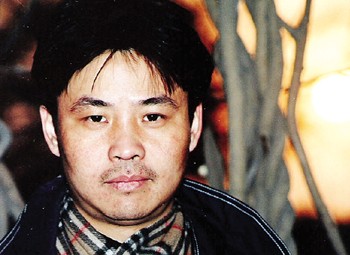 Blood Merchant is by turn crass and touching; cruel and tender. Though characters continuously do terrible things to each other, there is a redemptive bent to the book carried by the author’s compassion for even the most flawed of characters. Yu spares no one and yet no one is damned. As author Ha Jin said, ”Yu writes with a cold eye but a warm heart.”

Unlike Ha Jin, who writes in English, Yu is one of the very few authors lauded by Western critics whose books are actually popular in China. His two-part novel Brothers sold over a million legit copies in China — no joke considering bootlegs can be bought for a fraction of the price, or downloaded for free. Despite his outspoken criticism of the Chinese government, Yu’s books can still be bought in stores. Zhang Yimou’s film milder adaptation of To Live was banned. Though Zhang was barred from making films for two years, the censorship helped launch Yu’s career at home and abroad.

Yu’s style, sometimes described as melodramatic realism, fits both the book and the times he’s writing about. While it may seem cartoonish to Western audiences, the world Yu describes resonates with Chinese readers. If drastic times call for drastic measures, this surreal era surely calls for the absurdist gaze Yu Hua brings to Chronicles of a Blood Merchant.