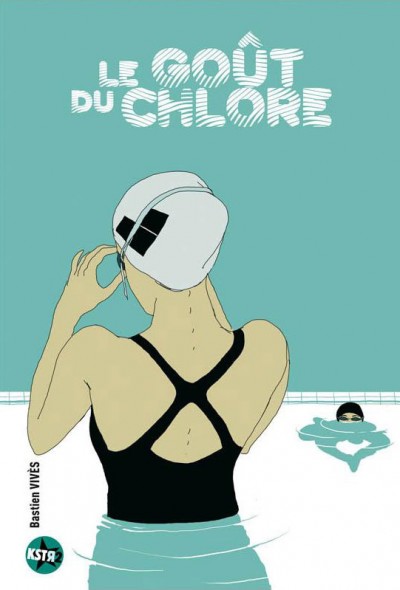 The Taste of Chlorine (Le goût du chlore, 2008) bears a simple story: Young man goes to the pool. Meets a girl. Using this simple premise, illustrator and author Bastien Vivès tells a compelling story through a series of vivid, nuanced and strangely lifelike drawings. We find ourselves in the shoes of the young man when we see his hopes rise, when he manages to create a spark with his newfound friend. And we’re disappointed when the girl disappears the next day, even though we know very little about either character and have little reason to empathize.

His use of composition strike a great balance between the often foreshortened, highly dramatized scenes from superhero comics and the often too flat, too simplistic layouts from serious graphic novels. Though perhaps its that he’s a student of animation, a discipline which pays respect to but does not follow either tradition. Indeed, some panels do resemble still frames from an animation reel; the plotlessness can certainly be blamed on the lack of story often found within animated shorts.

The Taste of Chlorine received the “Essentiel Révélation du Festival d’Angoulême” (the best debut award from the largest French comics festival) in 2009 and has put Bastien Vivès, then only 25, in the spotlight. Or perhaps his prolificacy had already generated its own buzz: At the time of writing, he has already authored four books by himself, collaborated with others on five others, and pitched in for an online comic soap opera called the Other People (Les Autres Gens).

While it has has yet to hit English-speaking shores, The Taste of Chlorine has be found in Spanish and German. But even if you don’t read one of those languages, don’t let it put you off — the best parts of the book do not involve the text. 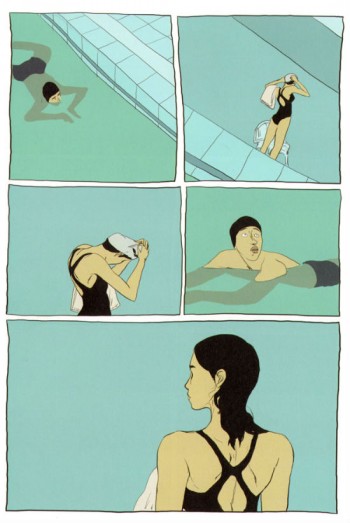