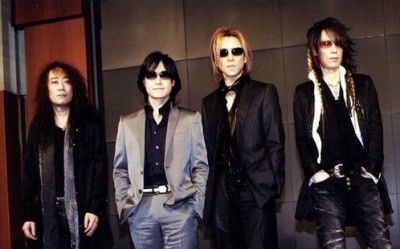 If you ever have the chance to go to an X Japan concert, GO! Where else can you see punk heads, Goth lolis, middle-aged salarymen, and a teeny-bopper crowd, all swaying shoulder-to-shoulder for their love of music?

Started in 1978 (as the band, Dynamite) when Yoshiki, the front man/drummer, and Toshi, lead singer, were only thirteen, X Japan is one of the hottest bands in Japanese history, famous for their fusion of heavy metal, rock, and classical music. If you’ve ever wondered about the cool but androgynous male look so popular in anime/manga, X Japan were pioneers of that Asian aesthetic, visual kei. In 1997, the band disbanded over creative differences but announced a reunion in 2007. Since their comeback, they’ve abandoned the psychedelic attires for a leather-and-billowing robes style and have played to sellout crowds in Japan and Asia. Now, they’re invading the US as well, having performed at Lollapalooza in August, and following it up with a North America tour. 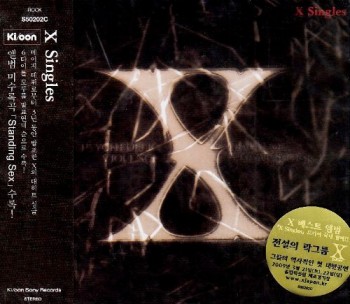 While a new album is expected out in 2011, X Singles (almost!) has all their previous hits, with a good mix of power ballads like Endless Rain, Say Anything, and blazing speed metal pieces like X and Kurenai. While the lyrics are likely incomprehensible to your normal English-speaking person, forget about that, because it is the sheer energy and verve behind the music that really unites.