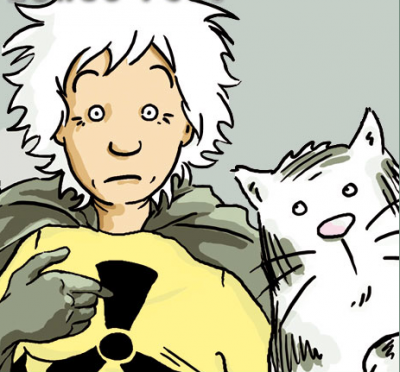 Released in 2010 in Spain both in Spanish and Catalan, this graphic novel is based on the experience of story writer Isabel Franc, an established LGBT fiction author, who had to deal with breast cancer in recent years. Illustrated by artist and award-winner Susana Martín, the book tells the story of Alicia and the process she goes to when she discovers she has breast cancer: tumor, surgery, chemo… and all the effects it has on her emotionally and on her day-to-day life.

Alicia’s upbeat personality allows her to turn the different new situations and hard decisions she comes across into a source for humor as she overcomes them. With a rich universe of friends and lovers who surround Alicia during her struggle, the story also deals with the impact breast cancer has among women in her particularly female universe. Despite the topic, the story is at the same time deeply personal, casual and full of irony. The authors also deal with related subjects such as alternative medicine, dealing with doctors, social prejudice about cancer and the pressures put on women’s bodies by society.

A fun and fast read which demystifies cancer while allowing you to have a unique perspective to learn and better understand what such an experience might entail. You can find the book, still only in Spanish, unfortunately, on the publisher’s website: Norma Editorial. 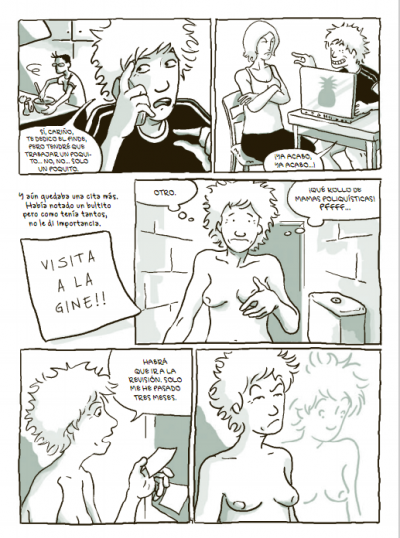