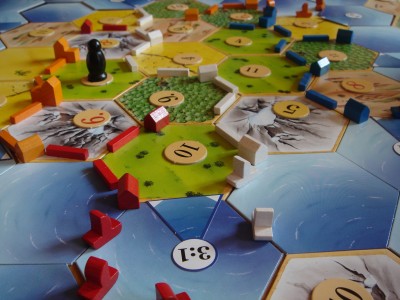 “Wait, you play Settlers of Catan?”

To have played Settlers means to have passed the rite of initiation into “German” (or German-style) board games. This niche genre of tabletop games is considered close to the American classics Monopoly and Risk, and excels by having a more balanced gameplay and intricate ruleset. It is a German genre for several reasons: Germany sells the most board games per capita in the world, hosts the prestigious German-language boardgame award the Spiel des Jahres (literally: Game of the Year), and is the birthplace to designer titans such as Reiner Knizia, who has published over 200 games in his life thus far. But he is not the creator of the people’s choice, Settlers of Catan, which has sold over 15 million copies to date. No, that honor belongs to Klaus Teuber (also German).

Teuber created Settlers while working as a dental technician by day. He had, by then, already launched several successful games, but none of these were popular enough to support a family. Then came Settlers of Catan, a result of several years tinkering in the basement interspersed with playtesting at the dinner table with his wife and son. The game was eventually published in Germany in 1995, deftly carrying the Spiel des Jahres award home that year. By 1999, Teuber and his creations were big enough that he was able to quit his technician job and became a full-time game designer. By then he was a four-time winner of the Spiel des Jahres.

To win in Settlers, you have to obtain ten points. You start with and expand into different territories, which give you resources at the start of each turn. To win points, you use these resources to construct settlements, continue expansion, buy special cards or build the longest road. Like Monopoly, Settlers is best enjoyed amongst a group of three or four. But it differs markedly in the way players interact with each other: Trade and barter is an integral part of the game. For example, one of the game’s self-regulating mechanisms is that when one player is clearly ahead, the others will simply refuse to trade with him, crippling his expansion until everyone else catches up.

Over the last decade, Settlers of Catan has caught on in the US, most prominently amongst the tech community, prompting Wired magazine to write an article in 2009 called “Monopoly Killer: Perfect German Board Game Redefines Genre.” While no such revolution has happened yet, Settlers is steadily increasing its presence at home and abroad — numerous expansion packs have been released since the 1995 original, the game has been published in Brazil, Spain, Canada and Russia (amongst other places), and it has become a staple at board game cafes in Singapore and China.

Not so bad for something made by a German dad in his basement. 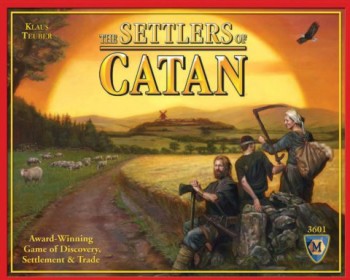