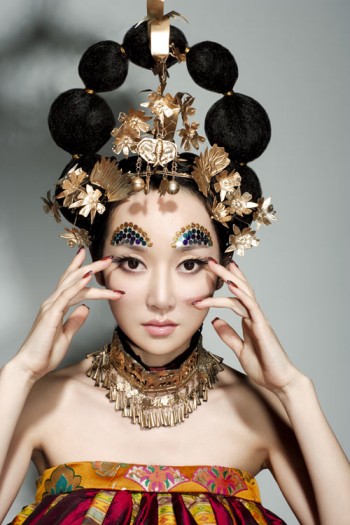 A sexy fusion of Chinese ethnic elements replete with fashionable reduxs of “minority”costumes,  beautiful stars, designed, in part, to attract Western audiences, Sa Dingding (萨顶顶)’s 2007 album Alive (万物生) is the aural equivalent of the Zhang Ziyi/Chang Cheng seduction scene in Crouching Tiger, Hidden Dragon. While it’s up for debate whether singer and instrumentalist Sa Dingding (萨顶顶) is “China’s Bjork,” “China’s Enya,” or “China’s Deep Forest” (I’d go with none of the above), the young musician is responsible for some of the most interesting and appealing pop music coming out of China today.

Alive is an ambitious melding of disparate influences. That it strikes some reviewers as too “benign,” is in large part a testament to her ability to blend Mongolian, Tibetan and Yunnanese ethnic instruments, melodies and languages into modern electronic pop songs.  Interested in Buddhism, Sa taught herself Sanskrit and Tibetan, and created her own language based on memories of her grandmother’s murmurs. She possesses an ethereal, enchanting voice and plays several traditional Chinese instruments. 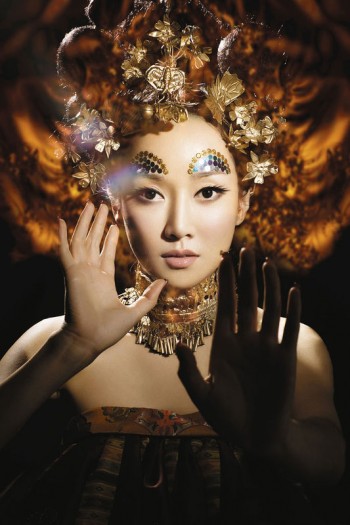 Universal’s 2008 re-release of Alive, a world-fusion-friendly mixture of ethnic melodies and trip-hoppy beats, catapulted Sa onto the international scene. She was initially criticized for her perceived endorsement of the Chinese government policy in Tibet and her appearance at Glastonbury subsequently cancelled. Though Alive sold 2 million copies in Southeast Asia, her reception in China hasn’t been easy — her sensational costumes and videos (which she designs and choreographs herself) and mix of ethnic influences is challenging to audiences brought up on saccharine pop. And while they’ve since regained official approval, Sa does toe the line by drawing on musical traditions banned during the Cultural Revolution. Sa has done very well in China, but she is by no means “China’s biggest pop star.”

Tracks like 妈妈天那, 万物生, 陀罗尼 , and 拉古拉古 that combine the driving swell of the ethnic instruments and electronics, Tibetan and Sanskrit mantras, and the haunting, beguiling gurgle of her made up language are the most successful. Still quite young, Sa has already accomplished a great deal, and without a clear template to follow in terms of her musical and career development. Alive, 2010’s Harmony, and her recent collaborations with Paul Oakenfold and Howie B are not just excellent music, they’re just the beginning of the path for one of China’s most talented and intriguing popular musicians.