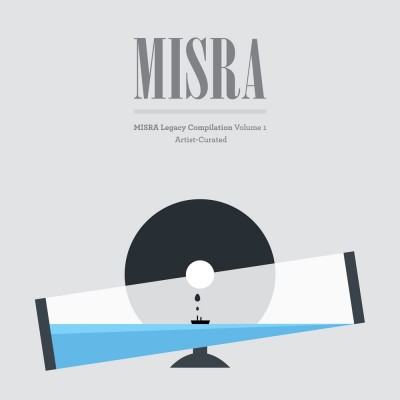 The Misra Legacy Compilation I is a fantastic, and free, mixtape of North American indie rock. Details reposted from Crawdaddy:

Out with the old Bracys, in with the new. Misra has always been a fiercely pro-artist record label, founded as it was in 1999 by an activist (Future of Music Coalition co-founder Michael Bracy), an artist (brother Tim Bracy of the Mendoza Line), and an attorney (Paige Conner Totaro). Cranking out albums by artists including Will Johnson, Jenny Toomey, and Destroyer, the reins of the solid indie label were transferred over to Cory Brown, head of Absolutely Kosher, who ran both labels for the end of the ’00s. But now the baton has been passed once again, back into the embrace of artists and Bracys. “No one understands the perils of the music industry like someone who’s experienced it first-hand,” reads the Misra website FAQ.Moon Jaw Records founder and drummer of Southeast Engine Leo DeLuca will commandeer the vessel with a new staff that includes accountant Nancy Bracy, writer/Bird of Youth accordionist Elizabeth Nelson Bracy, and Bears frontman Charlie McArthur doing web design. How all these Bracys are related, I don’t know, but it’s cool to see them keep it in the family. To celebrate their renewed artist-centric backbone, Misra has released a free compilation of 15 current and back-catalog tunes curated by artists, entitled Misra Legacy Compilation Volume I. The cool thing is that even if you’re not familiar with Misra’s roster, the artists chosen to curate the comp might be even more interesting than the artists actually on it. There are some fascinating musicians selecting songs for the mix, although not all the curators are musicians. Of the musically inclined, Simon Joyner chooses the Bruces; Kramer (of production, Bongwater, Ween and Butthole Surfers fame) selects an Emily Rogers song; Kevin Hendrick of Male Bonding chose a song by Sleeping States. Meanwhile there are a couple music journalists in the mix (both from Pitchfork. Well played, Misra!), and there’s actor/comedian Matt Besser (Upright Citizens Brigade). Stream or download the whole comp for free over at the Misra Records website.