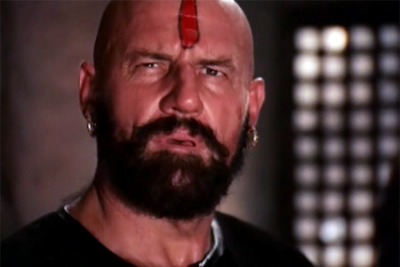 Minority actors are typically sidelined and cast in stereotypical, over the top racial roles — especially when they are Asians on American screens. The Asian guy in Glee plays The Asian guy in Glee. The comedienne, Margaret Cho, jokes that when she was growing up she had no Asian role models to aspire towards onscreen, except the extras on M*A*S*H. What about when the tables are turned? 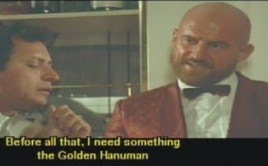 As it turns out, mainstream Indian cinema has a certain niche for Mandatory White Men (MWM). There are bars in South Bombay that you can go to to get Mandatory White Men roles, although these are usually fleeting dancing-in-the-background roles, those who “make it” as Hindi cinema’s favourite gora (white) sons can attain a level of celebrity they would never have received back home.

In many ways,  Bob Christo was MWM Number One — he dominated those  roles in Bollywood movies in 1980s, and an entire generation of Indians grew up watching him in these movies. He almost always kept his name, and played characters named Bob each time. When he did get an upgrade, he was Inspector Bob, Terrorist Bob, or Commander Bob.

Aside: I once met a pretty successful, but more contemporary MWM in a bar in Bombay. He too was bald and looked exactly like Bob, while another foreign Bollywood veteran is Tom Alter, “the blue-eyed saheb with impeccable Hindi” who seems to defy the MWM category.