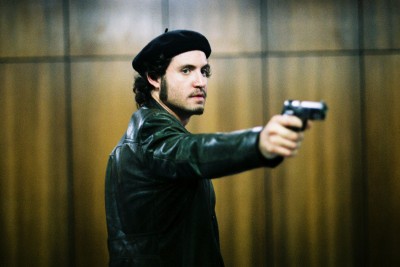 Carlos harks back to the days when movies were big. Five hours and 30 minutes long. Shot in nine countries. Dialogue in eight languages. Spanning two historic decades.    This lavish international production is a biopic of the terrorist Carlos the Jackal (born Ilich Ramírez Sánchez), played by fellow Venezuelan Édgar Ramírez. It begins in Beirut in 1974, with Carlos offering to avenge the death of a Popular Front operative seen blown to bits in his car on a Parisian street, and ends with him writhing in pain in 1994 Sudan.

In between, Ramírez delivers a performance that critics have compared to Brando in his electrifying prime. As Carlos hurtles across Europe, the Middle East, and Africa, racking up bodies and enacting daring escapades – such as the 1975 hijacking of an OPEC conference in Vienna – the viewer gradually realizes that all of Carlos’ outrages are committed less in the name of revolution than in that of vanity. Sporting a black beret and a chic Pierre Cardin jacket, Carlos is the terrorist as sex bomb. His revolutionary rhetoric is emptied of meaning throughout the movie, and by the time of his humiliating arrest this Marxist has turned mercenary, a historical curiosity in a post-Cold War world.   For those leery of Carlos’ 330-minute running time, an abridged version about half as long is also available. It covers his career’s most significant incidents, including OPEC’s bungled aftermath, where Carlos ferried the conference’s hostages from Austria, to Algiers, to Tripoli, and then back to Algiers. But if at all possible, watch the extended version: partly so that you can say you have, and partly for the pleasure of doing a deep dive into the background of a man as magnetic as he was lethal. 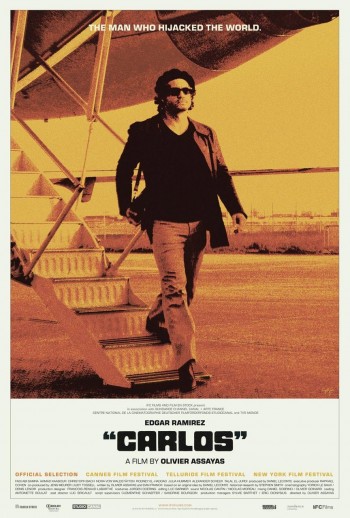