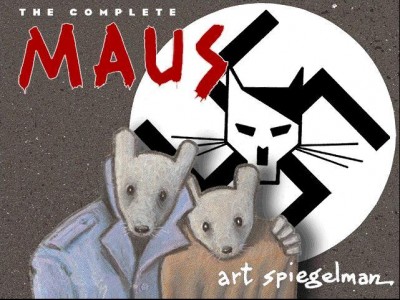 Almost twenty years after its publication, Maus: A Survivor’s Tale (1992) is still the best reference point for a “serious” comic book or graphic novel. Written and illustrated by Art Spiegelman, Maus tells the story of Spiegelman’s father’s Holocaust experience and is framed by the artist’s interviews with his father in the present day. An unintended consequence of this narrative style is that some of the book’s best moments happen not in the past but in the present, and by the end Maus is as much “a survivor’s tale” as it is about a troubled father-son relationship. Because of the book’s success, Maus became a rallying point for the graphic novel memoir/biography genre in the 90s, launching a serious contender to the ever popular but ossified superhero comic.

Although Maus and Spiegelman may seem like they came out of nowhere, in reality they built upon a rich tradition of underground comix prominent in the US and UK during the 60s and 70s. The most notable figurehead from this movement is Robert Crumb, whose dark (literally and metaphorically), rough drawing style bears some resemblance to Spiegelman’s illustration style in Maus. Harvey Pekar, of American Splendor fame, is also a notable figure from that scene and although his influence on Spiegelman’s work is harder to spot, American Splendor helped popularize autobiographical and writing-driven comics, both of which Maus qualify as.

What sets Maus apart though is its ambitious scale. Few other comic artists tackle such serious subjects as the Holocaust head on, nor do they portray their own family relationships with the brutal honesty that Spiegelman employs in Maus. It helps that, put together as an anthology, Maus reads like a book with an overarching narrative, rather than the usual motley collection of weekly strips. For these reasons, and because it’s simply an excellent book, Spiegelman received a Pulitzer Price Special Award in 1992, the first Pulitzer for any comic book. And with that, Spiegelman, more than anyone, established the comic book as literature. 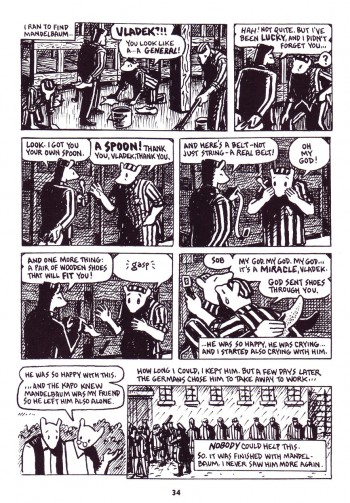