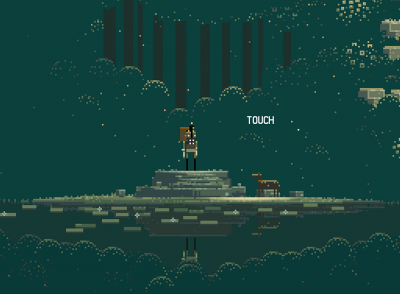 Superbrothers: Sword & Sworcery EP (2011) is a fantastic game and social media experiment that is, for better or worse, wrapped up in its own hype. Its makers have described their work as “a brave experiment in Input Output Cinema,” a rather lofty description for an iOS game. Despite such an elaborate statement, they were still surprised when a reviewer called them pretentious, and balked publicly on Twitter: “Reeeeaaallly hadn’t anticipated folks interpreting S:S&S EP as pretentious & cynical… given… you know… the jokes… and the love.” (Or perhaps they acted surprised so they could make a crack about “love.”)

Not to mention the proclamation of artistic influences on its website: Mario creator Shigeru Miyamoto is cited alongside Frank Frazetta (who was responsible for the 60s Conan the Barbarian paintings), and “some David Lynch [was] thrown in for good measure,” whatever that means. It’s rare that creators are so forthcoming about their influences in their own press kit, though that’s not to say it’s a bad thing.

But has the flowery prose and heavy-handed namedropping hurt its press? Not the least bit, as Superbrothers: Sword & Sworcery EP (S:S&S EP) sailed to a comfortable fourth spot on the iPad apps chart and dubbed Apple’s game of the week during its release. These achievements are particularly impressive because S:S&S EP is an avidly not-casual game in a field dominated by casual games (think Angry Birds).

Hype aside, the game is indeed spectacular. While I wouldn’t go as far as to call it one of the first instances of videogame-as-art, S:S&S EP does push the boundaries in three discrete areas. First, the art and animation take pixel art beyond conventional retro nostalgia and into rich abstract expression. (In case of doubt, look out for the dancing bear in the game.) Secondly, its soundtrack is delightfully ambient and contains spots of generative music blended into the game. Lastly, its writing is sharp, clever and infinitely tweetable — every piece of dialogue or narrative is broken into 140-character bits. The smartass narrator excels with this format: After a hint telling the hero to raise his sword up into the rainbow, the narration adds, “We Scythians loathe rainbows.”

The game mechanics undergirding these three areas is solid, though it is by far not the highlight of the S:S&S EP experience: As the hero, you wander about, collect items, solve puzzles and battle monsters. I won’t spoil it but the iOS integration is tight and extremely well-executed as well.

S:S&S EP is a synergistic collaboration between three entities: Superbrothers the pixel artist and designer; Jim Guthrie the indie singer-songwriter; and Capy Games an indepedent game studio. All are based out of Toronto and embody the vitality of its indie design, music and game scenes. My question is, who is the one manning the Twitter feed, and was he/she really surprised when someone called them “pretentious”? 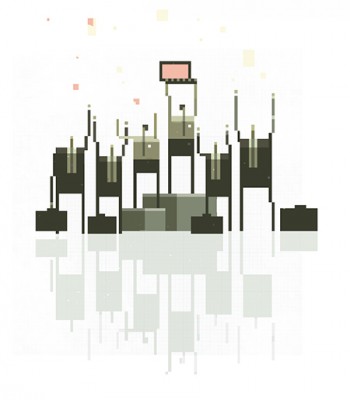