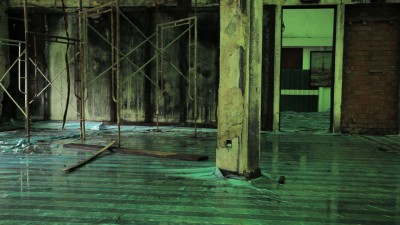 Singaporean director Tan Pin Pin is known for a set of rather structural and process-based documentaries: with 80kmh (2003), for example, we watch a continuous moving shot as we travel along a major highway artery across the island state, while in Singapore GaGa (2005) the visual component plays second fiddle to a fundamentally sonic exploration of space and collective identity. Other projects include both features and further documentaries, constructing an overarching image of laboratory urbanism built on a very human foundation that becomes bizarre to an almost otherworldly extent. I encountered many of these for the first time at the Singapore Biennale, where six of these films are screened continuously in a theater annex of the Singapore Art Museum.

But while many aspects of these short productions sit comfortably within an artistic or festival circuit context, they take on new life as cinematic objects for home and popular viewing. Singapore GaGa, for example, sold out for a seven-week theatrical run — the first independent documentary to do so in Singapore. One of Tan’s most recent short films, The Impossibility of Knowing (2010), was commissioned by the DMZ Korean International Film Festival but similarly inhabits a hybrid position between abstract political material and popular image discourse. Across a span of just under 12 minutes, the camera observes quiet and unpopulated spaces that were the sites of human tragedy: a rural house in which a long-decayed corpse was discovered; a road where a rare deer was struck and killed; a public housing flat from which two young girls jumped to their deaths; a mosque set ablaze by a young man; a canal where flash flooding claimed the life of a student; a tunnel that collapsed and trapped a construction foreman.

As Tan describes, this is an experiment in the ability of film to capture aura, albeit a failed one — visually, the images remain fundamentally architectural and documentary, with no explicit reference to tragedy or haunting. A fascinating game emerges in the relationship between narrative voiceover, which consists of a deadpan recounting of the incidents in a tone of dry reportage, and the video, which is similarly devoid of any prurient interest, as the viewer cannot help but search for clues in the moving space of the film. Emotion shapes geography, and the filmmaker in turn recreates this topography of affect through the application of the cinematic process. 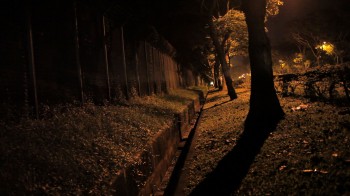