Cataloguing the world's pop culture since 2010.
Global Pop Catalog
The Legend of Sword and Fairy
by Jason Li, June 30, 2011. 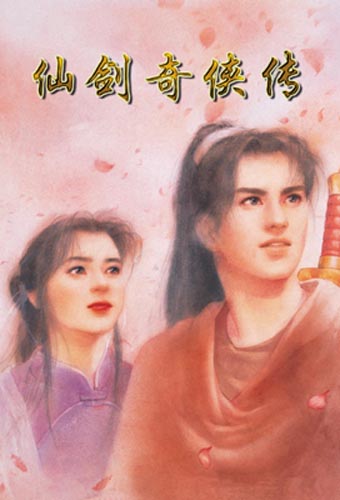 The lines blur whether the Legend of Sword and Fairy (仙劍奇俠傳) is more a Chinese soap opera or a roleplaying game. The Legend of Sword and Fairy (LOSF) exists in both forms, as a PC roleplaying game and as a Chinese soap opera. Fans also treat the two similarly; they’ve erected online forums to commemorate the love and relationship between LOSF‘s main characters, regardless of whether they encountered them in game or on TV. The game plays like a wuxia soap opera, filled with its share of convenient plot twists and romantic tragedy, while the soap opera follows the plot of a fantasy roleplaying game, simplistic and centered heavily around a young male hero.

Overwhelmingly though, the game’s impact dwarfs that of the soap, with some proclaiming that the LOSF game is “arguably the most famous Computer Role-Playing Game in the Chinese-speaking world.” And it’s a claim that’s hard to contest: the original Legend of Sword and Fairy game, released in 1995 by Softstar Entertainment in Taiwan, has spawned four sequels, an MMORPG and two fully-fledged soap operas in Mainland China.

The original LOSF is a fantasy roleplaying game in which you play a party of heroes out to vanquish evil. The gameplay involves navigating landscapes and mazes, and fighting enemies in turn-based combat to advance along a sequence of pre-determined events. As a game within this genre in the 90s , it is solidly enjoyable. The battle system is snappy and challenging, the art rich and detailed, and the story contains a surprising series of twists and turns. Make no mistake though, the plot and its characters push no literary boundaries; they follow the classic Chinese fantasy mold cast by Jin Yong in his popular wuxia novels: The naive hero is out for justice, discovers his innate powers and is, for reasons never apparent, always surrounded by a swooning lady or two. 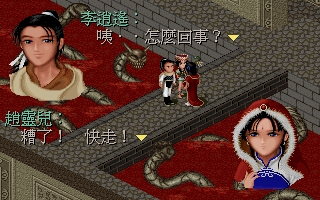 Despite its naivete, the plot is the number one feature for LOSF fans. Aside from gushing over the true and eternal love of the game’s main characters, fans have also drawn parallels between the game’s characters and the game’s makers. Many sources now cite the troubled love life of the game’s production manager Yao Zhuangxian at the time of development as the inspiration for LOSF‘s plot. Fans often hail him as “the Father of LOSF.”

Shortly after its release in 1995, the LOSF team was transplanted from Taiwan to Mainland China to better tap into the billion-strong China market. Its legacy since has been uncertain. While they have benefited from the soap opera spin offs there, the game’s makers have complained bitterly about the effects of videogame piracy in and around China. Rampant piracy means lower profits and lower production budgets, and consequently, an inability to compete with Western or Japanese studios. One of the trailers for LOSF 5, due out next week, states that the fifth game in the series will be faithful to the “emotion” (感动) of the 1995 original as well as offering a love story on par with it. While I don’t doubt it will become another great soap opera roleplaying game, it’s hard to ignore the resemblance of the game’s presentation to that of recent Final Fantasy games; a resemblance that was definitely not there in the quirky Taiwanese original.