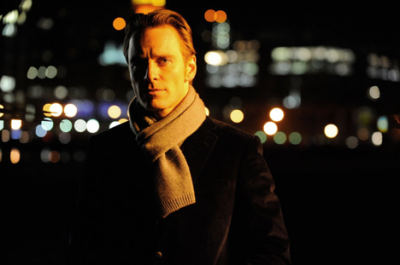 Steve McQueen, a director with as rare a talent for visual lyricism as any working today, strikes new ore with his film Shame. His previous film, Hunger, assembled beautiful images within trademark long takes, and thus, achieved an excellent abstract formalism. As McQueen’s strength has always been optical delight, Shame employs a similar technique, yet his latest work marks a leap forward in terms of emotional impact.

This is the plot: Brandon (Michael Fassbender) is coping with unnamed past trauma through sex and shunning his family. Nevertheless, his sister Sissy (Carey Mulligan) arrives in his apartment requesting to stay for a few days, during which Brandon’s life begins to unravel. McQueen, a visual artist by training, uses a tonal palette to paint a topographical map of his characters’ emotions. Manhattan is as gray as Brandon’s curiously featureless existence. (McQueen seems well aware that “atmosphere” –– always and everywhere –– is one of the most expressive means of revealing a character’s interior world.) Red appears on a hat, on women’s lips, and most significantly, in an attempted suicide scene. McQueen uses two main colors for this scene, a blood red mixed with the sterile white of bathroom tiles. The result is one of unforgettable emotional effect. In every other scene, one emotion gave rise to a further emotion that in turn was used as a means to influence the audience; but in this scene the audience is affected directly.

Colors thus provide a means for imprinting abstract concepts –– the violet a pretty girl on the subway wears is sensuality; red is horror; muted grays and blues are Brandon’s deep-rooted despair. This process of denotation by depiction is that of all great art, colliding the given representation of actual objects to give rise to an infinite number of intellectually-defined concepts. The denoted concepts swell into a splendor of imagist effect through McQueen’s masterful painterly styling. Shame mimics watching a painting appear over a filmed canvas in two hours, the director’s vision filling up the spectator’s sensation during that time in uninterrupted unity. The plot is almost beside the point; its adornment (through visual expressiveness) transforms the film into a series of indelible images with astounding emotional wallop. A finished masterpiece. 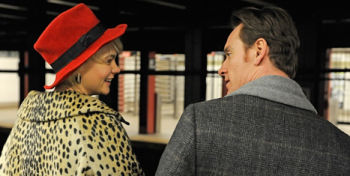