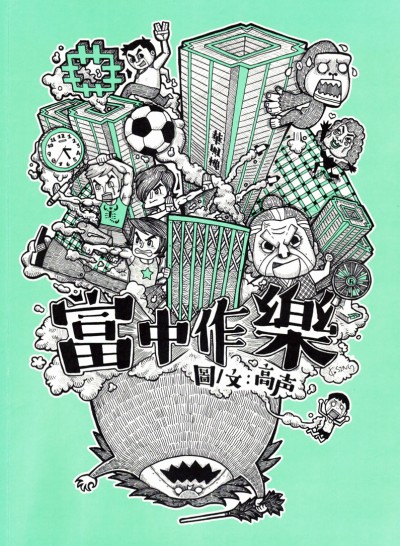 Bittersweet Fu (富中作樂) is an illustration lover’s graphic novel. The meticulous hand of its author, Ko Sing, is visible in every page. Whether it’s the distinct character design for each and every background character, or the lovingly rendered interior with the fisheye-lens perspective, Ko’s illustrations draw you in and make you look twice before you turn the page. Composition, perspective and character expressions are all exaggerated to humorous ends. The drawings dominate, while the story serves merely as a backdrop.

Yet just because Bittersweet Fu is heavy on illustrations doesn’t mean it’s an accessible work for everyone. The book is very culturally-specific and targets a narrow demographic, the culturally-aware youth of Hong Kong. In the same way Ko uses story as an excuse to create a book of illustrations, he uses his borderline-traumatic upbringing to reminisce about the Hong Kong of his childhood. Hong Kong is evoked in a number of ways, including the humorous amalgamation of Japanese pop culture characters and family members, and the caricaturization of the public housing estate he lived in (whose name forms a pun in the title of the book). 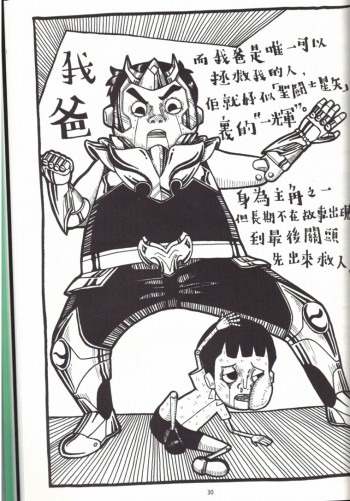 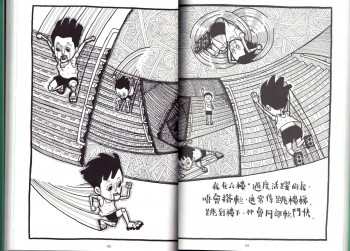 As Ko’s debut novel, Bittersweet Fu shows promise. Not only did it win a young author’s award (年輕作家創作比賽) but Joint Publishing, one of Hong Kong’s major players, themed their entire stall at the 2011 HK Book Fair around it. Yet with only a scant series of media appearances and two hundred odd fans on facebook (compared to the 3000+ fans for more veteran comic authors), it’s hard to tell if Ko Sing has fulfilled his promise. Only time will tell. 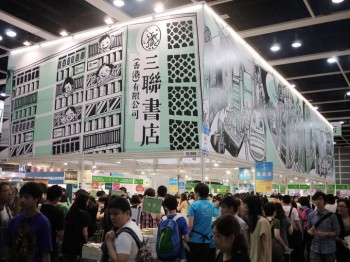 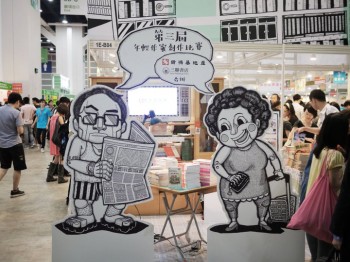 The original title for this book is 富中作樂, which is a pun that combines the Chinese phrase for seeking pleasure in sorrow (苦中作樂) and the name of the estate the author grew up in (華富邨). We have translated it as Bittersweet Fu to retain some sense of a pun, given the lack of an official English title.